The Henderson Castle in Kalamazoo, Michigan, was once home to one of the wealthiest family in the state. Today, it is one of the city’s most haunted building.

The 127-year-old Henderson Castle was built in 1895 by Frank Henderson, a local businessman who owned the Henderson-Ames Company. Henderson made his wealth in the supply of uniform to the army. As a Freemason, the tycoon also specialized in the production of regalia for secret societies and organizations around the country.

The castle was developed on a plot of land inherited by Mr Henderson’s wife. To construct his dream home, Henderson hired a team of engineers and architects (including C. A. Gombert of Milwaukee) to design a castle on the steep West Main Hill where the land is today.

Construction of the 10,000 square feet castle started in 1890 and was only completed five years later in 1895. The three-story castle costed over $70,000 to construct, the equivalent of more than $2.4 million in today’s dollars. The Queen Anne style castle included 25 rooms, seven bathrooms, an elevator, and a ballroom on the third floor. The facade was made with an array of exquisite building materials including mahogany, bird’s eye maple quartered wood, and American sycamore wood.

Unfortunately, Mr. Henderson passed away in 1899, just four years after moving into the dream castle he had envisioned since young. The house remained in the ownership of the Henderson family till 1919 when it was sold to Bertrand Hopper, President and Treasurer of Kalamazoo Stationery Company.

A brick stable located on the site was later converted into a four car garage in the late 1920s by Bertrand. In 1945, the house was sold to local resident William Stuifbergen. The castle was converted into several apartment units for rental.

Over the years, the house changed hands several more times. In 1975, it was the property of Dr. Jess Walker. Six years later, the house was purchased by Frederick Royce. The property was later sold to Peter Livingstone-McNelis in 2005, Robert Jackson in 2010. The most recent owner is Francois Moyet, who took over the property in 2014.

At present, Francois remains as the owner of Henderson Castle. The mansion continues to serve as a bed and breakfast, with 12 its exquisite rooms available for guests looking to relive the lives of the Henderson family. A French dining restaurant and spa also operate within the confines of the building. To book your stay at the historic castle, make a reservation at Henderson Castle official website.

Henderson Castle however, has also gained notoriety for being one of the city’s most haunted landmark.

Listed as one of the top 10 most haunted places in Michigan, the Henderson Castle has longed been stomping ground for paranormal investigators and local thrill seekers.

The site is said to be haunted by the ghosts of Frank and Mary Henderson, the original owners of the historic castle. The spirits have been known to manifest in front of visitors, seemingly to assert their presence as owners of the castle. Guests spending the night have also reported hearing random footsteps and even a tap on the shoulder by a unearthly figure. Former owner Livingstone-McNelis also claimed to have seen the faint figure of a female in the Victorian Room, which was originally Mary Henderson’s changing room.

A popular legend also speaks of a young girl who is rumored to be the daughter of the castle’s former owner. One day, the small girl fell off a scaffolding while scribbling on a crossbeam in the dining area. Today, the markings can be seen even after several rounds of renovations. A psychic medium who once visited the castle says that the presence of a young girl can be felt, albeit the story emains to be proven. Apart from the little girl, it is believed that Clare Burleigh, a Spanish-American War veteran, also resides in the building. Clare is said to be a long-time friend of Frank Henderson’s son, and that he had enjoyed the castle so much during a visit that he decided to stay on after his death.

In spite of the reported hauntings by guests and staffs of the castle, current owner Moyet had personally never encountered any paranormal activities in the house.

Is the Henderson Castle for Sale?

No, the Henderson Castle is not for sale. In fact, it has not been put up for sale since 2011 when it was acquired by Francois Moyet. In 2015, Moyet transferred ownership of the site to non-profit organization Henderson Castle Foundation as part of tax-saving measures.

Rumors of the sale of Henderson Castle first surfaced in December 2020 when an article was put up by Historical Homes of America informing viewers that the castle is up for sale. The article was posted shortly after Henderson Castle was listed for sale on realtor.com by Jeffrey Wellman from North Harbor Real Estate. This is false, as confirmed by current owner Francois Moyet, who have been getting numerous calls about the mansion’s sale since its listing on the platform. The listing was an apparent ‘mistake’ and has since been taken down on online real estate marketplace Zillow. However, realtor.com continues to list Henderson Castle with an asking price of $3.9 million. 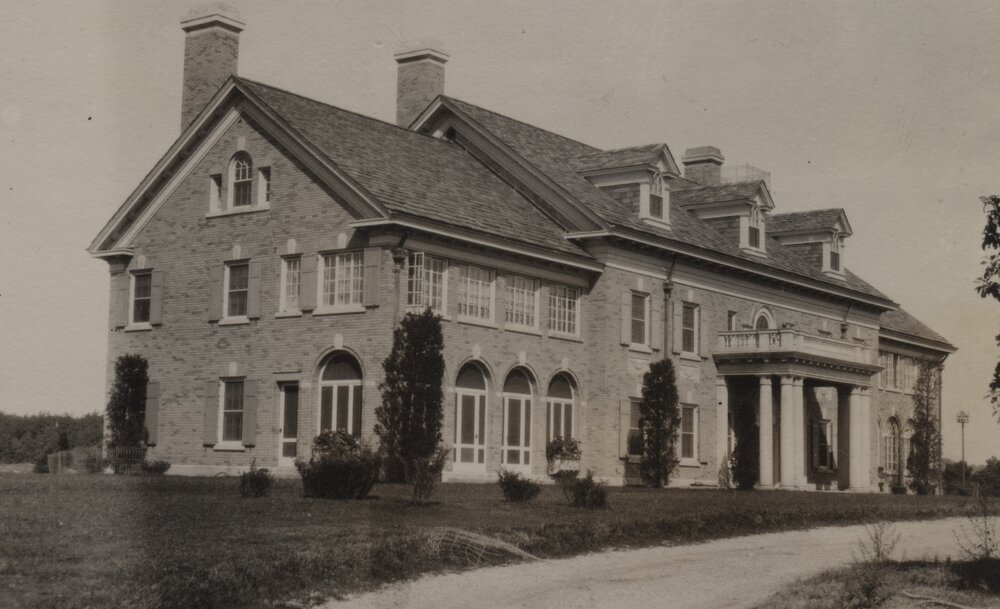