That said, visitors of the house have reported numerous unexplainable happenings from floating orbs to dark figures.

A History of the Haunted Mansion

The history of the House of the Seven Gables (also known as the Turner-Ingersoll Mansion) dates back to 1668 when it was built by Captain John Turner, a prosperous maritime trader and one of the wealthiest men in the Massachusetts Bay Colony.

Originally a two-story house with two rooms and an attic, the house underwent several expansions over the years. A kitchen shed was first added to the back of the house. An extension was later made on the south of the original building during the mid 1670s, adding a spacious living space complete with its own fireplace. In the early 18th century, John Turner I’s son remodelled the house in a new Georgian style, adding sash window and wood paneling to the exteriors. Today, the House of the Seven Gables is home to 17 rooms and over 8,000 square feet of living space. At over 350 years old, it is also one of the oldest surviving timber-framed mansions in North America.

Due to financial woes, John Turner III—the third generation of the Turner family— sold the mansion to the Ingersoll family in 1782. The Ingersoll family would go on to remove the iconic gables and porches to match the architectural trends of the time.

The house changed hands once again in 1883 when it was purchased by the Upton Family. The family were the first to capitalize on the house’s growing popularity and conducted tours of the mansion for readers of the 1851 literary classic by Nathaniel Hawthorne.

In 1908, Caroline Osgood Emmerton, a philanthropist in the Salem community, purchased the house and established the House of the Seven Gables Settlement Association. The house underwent two years of renovation to restore it to its former conditions. The missing gables were reconstructed and the interiors was renovated based on historical accounts. However, some parts of the interpretation were made based on Hawthorne’s novel to appeal to readers who would expect to see a house similar to that described in the novel. For instance, a well representing Maule’s Well (in the novel) was added to the garden.

The house opened its doors to the public as a museum and settlement home in 1910. The admission fees were used primarily to fund Emmerton’s settlement programs in the Salem community.

Separately in 2007, the House of the Seven Gables Historic District was designated a National Historic Landmark District. Today, visitors can visit the historic house for a small admission fee.

The House of the Seven Gables Novel

Written by American author Nathaniel Hawthorne in the mid 1850s, the critically acclaimed novel tells the story of the fictional Pyncheon family and their encounters with the supernatural and witchcraft. The story was set during the days of the Salem Witch Trials where people could frame one another for witchcraft and have them trialed with no evidence; and this was what the Pyncheon family did.

Hawthorne great-grandfather, John Hathorne, was one of the judge during the Salem Witch Trials. To dissociate with his ancestor and avoid any suspicion of his shameful lineage, Hawthorne added an ‘w’ to his surname.

Hawthorne, a relative of the Ingersoll family, frequented the House of the Seven Gables to play with his sister Louisa Hawthorne, his cousin Susannah Ingersoll, and the Ingersoll’s adopted son Horace Connolly. While Hawthorne had not seen the seven gables—four of them were removed by the time he visited the house—the house’s history and the location of the gables were recounted to him through Ingersoll’s childhood stories.

After moving to the Lenox, Massachusetts, Hawthrone wrote the House of the Seven Gables and released it in April 1851. It would go on to gain nation wide recognition and immortalize the house that inspired the book. Hawthorne, however, disputed claims that the novel was inspired by the house and that the book was a work of complete fiction.

During the restoration of the house from 1910, a secret staircase was installed inside the massive chimney in the house. This was constructed loosely based on the novel which touched on how Clifford Pyncheon, a character in the story, was able to move throughout the house without anyone ever noticing him.

The staircase leads to the top of the attic where the room of Clifford can be found. However, due to the size of the chimney, the staircase is rather small and steep. For visitors who could not climb the secret staircase, take the regular stairs which also leads to the attic room

Ghosts of House of the Seven Gables

For years, visitors have reported a number of paranormal activities during their tour of the famed mansion.

In the secret staircase, visitors have reported seeing a man scrambling up the stairs only to find the attic room empty when they reached the top. Some have also experienced an unexplainable, overwhelming sensation in the room.

The spirit of a young boy is said to linger in the attic. Many have reported hearing a high-pitched giggle and little footsteps pouncing around the attic floor. It is unclear who the spirit maybe, but a Salem historian have surmised that he may be the son of a servant who died in the attic; the attic was once the living quarters of the servants.

Another spirit commonly spotted in the mansion is the ghost of Susannah Ingersoll. She was frequently spotted roaming the hallways and peaking out of windows, seemingly to catch a glimpse of visitors of her former home. 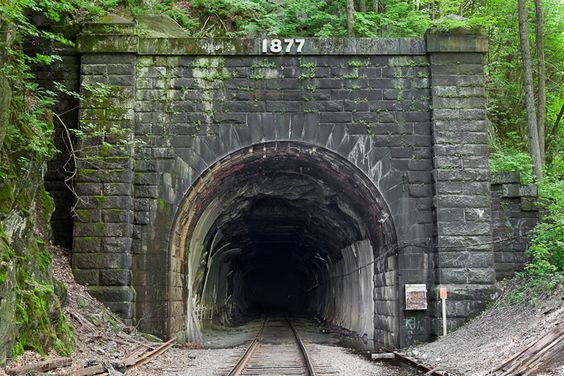