The legend at Skirvin Hotel tells the story of the hotel’s founder William Balser Skirvin—a notorious womanizer—and his affair with a housekeeper nicknamed “Effie”; Effie was said to be a woman with “loose morals” and would often go around seducing male guests in the hotel.After discovering that Effie was pregnant, Skirvin had her locked up in a room on the 10th floor to protect his reputation and avoid any negative attention for the hotel; the room was said to be Room 1015.

After the birth of the child, fearing that she might expose their relationship if she was released, Skirvin continued to confine Effie in Room 1015. Suffering from postnatal depression, Effie reportedly jumped out of the window with her newborn baby, killing both. However, her death was reported by the local publisher as a suicide by a salesman staying on the 10th floor. However, extensive research by Steve Lackmeyer and Jack Money, authors of the book Skirvin, have failed to turn up any concrete evidence regarding the existence of Effie.

That said, the spirit of Effie is said to haunt Room 1015. Male guests staying in Room 1015 have reported seeing the figure of a naked woman in the bathroom, seemingly peeking at men in the shower. Knocks on the doors as well as whispering sounds can be also heard. Some have also claimed to have heard the wailing sound of a baby in the middle of the night.

A History of Skirvin Hotel

Located in downtown Oklahoma City, Skirvin Hotel is a century old hotel that consist of 225 luxurious rooms across three 14-storey towers. Opened in 1911, the hotel

Opened in 1911 in downtown Oklahoma, Skirvin Hotel started off as a two-winged, ten-storey tower that collectively houses 225 luxurious rooms. Back then, the hotel was billed as “The newest, finest hotel in the Southwest”. The hotel was founded by William Balser “Bill” Skirvin, an American real estate developer and oil tycoon. For the first two years of the hotel’s opening, Skirvin and his family lived on a five-room suite on the ninth floor to manage the thriving business.

In 1923, a third tower was constructed to complement the two existing wings. Separately in 1928, all three towers were raised to a height of 14 floors, increasing the capacity to 525 rooms. Back then, Skirvin Hotel was the focal point of all major business meeting and events in Oklahoma. As one of the best hotel in city, the hotel have played host to a number of notable figures including Harry Truman, Dwight D. Eisenhower, Frank Sinatra, Bob hope and Elvis Presley.

In 1945, the Skirvin family sold Skirvin Hotel and Skirvin Tower—a 26-storey hotel completed in 1938 by the Skirvin family—to Dan James, a hotelier who also owned several other hotels including Ward Hotel in Fort Smith and Black Hotel in Oklahoma City. James embarked on a decade long modernization program to ensure that Skirvin Hotel remained competitive in the booming tourism industry. Some of the new amenities include air conditioning for the new building, addition of a swimming pool, and refurbishment of the luxury apartments.

Over the years, the hotel changed hands several more times. However, poor occupancy forced the hotel to shut down in 1988. For a period of 19 years, Skirvin Hotel sat abandoned as an derelict building in the city’s downtown.

In May 2002, Oklahoma City acquired the Skirvin Hotel for $2.875 million and appointed local real estate development and consulting firm Partners in Development to oversee the $55 million restoration of the iconic towers. The project included a refurbishment of the rooms, the lobby and the restaurants. Several new guest elevators were also installed. New technologies such as state-of-the-art conference room equipments were also incorporated into existing amenities. The hotel was eventually acquired by the Hilton Group under the Marcus Hotels & Resorts brand and reopened in 2007 as Skirvin Hilton Hotel Oklahoma City.

In October 1979, Skirvin Hotel was listed on the National Register of Historic Places in recognition of its historical significance and importance to the city. Separately in 2019, Skirvin Hotel joined the ranks of several historic hotels— including Omni Shoreham Hotel, Mizpah Hotel, and the Menger Hotel—to become a member of the Historic Hotels of America.

Over the years, guests staying on the 10th floor have claimed to have experienced supernatural activities from heavy footsteps in the middle of the night to knocks on the door. Staffs of the hotel have also reported hearing strange noises while cleaning up vacant rooms and seeing objects move on their own.

NBA in the Haunted Skirvin Hotel

Skirvin Hotel have longed been the preferred of accommodation for visiting NBA teams playing in Oklahoma City. However, the repeated hauntings in the hotel have plagued away teams, with some blaming the paranormal activities for their loss against the home team, Oklahoma City Thunders.

Former Knicks center Eddy Center who happened to stay on the 10th floor was reportedly so frightened that he spent the night in his teammate Nate Robinson’s room. Other players including Taj Gibson from the New York Knicks and Tim Hardaway Jr. from Dallas Mavericks and Louis Tyrone Williams from Atlanta Hawks have all experienced paranormal activities during their short stay in the hotel.

During a game played between the Los Angeles Lakers team and the Oklahoma City Thunders in October 2016, several players of the away team have shunned away from Skirvin Hotel and paid for their own lodging at a nearby hotel. Lakers forward Metta World Peace however, chose to stay in the haunted hotel and have reported being ‘assaulted’ by several ghosts. In an interview, World Peace said “They touched me all over the place. I’m taking one of the ghosts to court for touching me in the wrong places.” 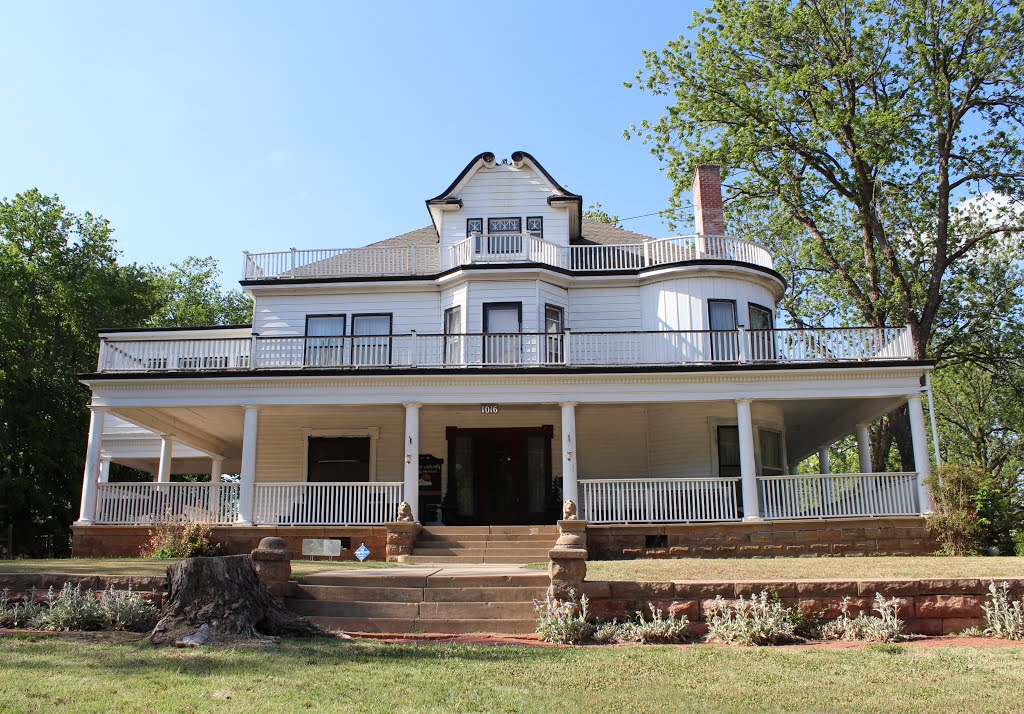