Due to the lack of knowledge about tuberculosis, treatment of patients at Waverly Hills Sanatorium were mostly through the use of heat lamps, exposure to fresh air and sunlight, and positive reassurance by staffs of the facility. However, the treatment did not work well. At the peak of the tuberculosis epidemic, it is said that two patients die everyday at the 400-bed facility.

To keep the dead away from public view, a 500 feet long concrete tunnel was constructed to wheel bodies of the dead discretely out of the sanatorium to the bottom of the hill. Also known as the “Body Chute” or “Death Tunnel, the tunnel is said to have transported tens of thousands of bodies over the course of the sanatorium’s history. The doctors believed that this will create the false image that the treatments are working, thereby increasing the morale of patients and their chances of recovery.

Apart from transporting dead bodies, the tunnel is also used to deliver supplies from the local community to the top of the hill where Waverly Hills Sanatorium is located. During World War II, the tunnel was used as an air raid shelter for patients and staffs in the facility

The history of Waverly Hills Sanatorium dates back to 1883 when the land was purchased by Major Thomas H. Hays. After the construction of his family home, Major Hays decided to operate a one-room schoolhouse on the property for his daughters. The school and his home was later named Waverley School and Waverley Hills respectively, after Sir Walter Scott’s Waverley novels.

In the early 19th century, Jefferson County was devastated by an outbreak of tuberculosis. In an attempt to contain the outbreak, the Board of Tuberculosis Hospital decided to erect a hospital in the far-flung corners of the county for the admission and treatment of tuberculosis patients. On July 26, 1910, the two-story Waverly Hills Sanatorium officially opened its doors and received its first batch of 40 tuberculosis patients.

Over the years, Waverly Hills Sanatorium expanded to serve the growing number of patients in Jefferson County. On October 17, 1926, the sanatorium opened the massive five-story building that we now see today. The gothic-style sanatorium was said to be one of the most modern tuberculosis treatment center of its time, and can house as many as 400 tuberculosis patients.

Due to the infectious nature of tuberculosis, Waverly Hills operated as a self-contained community. Apart from growing fruits and raising livestock for food, the sanatorium also housed its own post office and water treatment facility.

In 1943, American microbiologist Albert Israel Schatz invented streptomycin, an antibiotic medication that proved to be very effective in the treatment of tuberculosis. With the introduction of the groundbreaking pill, the number of tuberculosis cases across the nation decreased dramatically, making tuberculosis treatment centers such as Waverly Hills Sanatorium redundant. In June 1961, Waverly Hills Sanatorium closed its operations.

Barely a year later, the site was purchased by real estate developer J. Clifford Todd for $3 million. Plans to convert Waverly Hills into a minimum-security prison was met with violent objections from the local community, while attempts to covert the building into apartments fell through due to a lack of funding

In March 1996, Robert Alberhasky bought over Waverly Hills in hopes of erecting the world’s tallest statue of Jesus. Alberhasky was inspired by the famous Christ the Redeemer statue on Corcovado Mountain in Rio de Janeiro, and sought to eclipse it with an even larger one. The sculpture, which was designed to be 150 feet tall and 150 feet wide, was estimated to cost $4 million to construct. However, the project was cancelled in December 1997 as Alberhasky had failed to raise sufficient funds; only $3,000 was raised in spite of a nation wide fundraising campaign.

In 2001, Tina and Charlie Mattingly purchased the site for $230,000. Since then, asbestos have been removed and most of the broken windows were replaced. In 2014, Louisville Metro Council approved a zoning request by Charlie to convert the building into a hotel complete with a restaurant and convention center. As of October 2021, the plans have not materialized although renovation work have been done on the first few floors of the building.

Today, Tina and Charlie conduct a series paranormal tours at Waverly HIlls Sanatorium including a 2.5-hour historical tour, a 2-hour guided paranormal tour, and a 6-hour public investigation tour. Special events are also held during the Halloween season. All proceeds goes towards the restoration of the century old sanatorium. To reserve a tour to Waverly HIlls Sanatorium, visit their official website here.

Waverly Hill Sanatorium is known to be one of the most haunted places in the United States. Some of the paranormal activities experienced by visitors on tours include voices in the empty rooms of the building, odd smells, and inexplicable sensation, as if one was being touched. Ghostly apparition have also been caught on camera on numerous occasion.

One of the popular resident ghost at Waverly Hills Sanatorium is a young boy named Timmy. Timmy was said to be six years old when he passed away in the hospital, albeit it was not known if he had died passed away from tuberculosis. It is said that Timmy now haunts the hospital, playing unsuspecting pranks on tourists visiting the sanatorium. Timmy is also particularly fond of balls, and visitors would claim to see balls rolling on the floor. However, skeptics believed that the movements are likely due to wind and the uneven flooring of the building.

The fifth floor was notoriously known to be where the mentally disturbed patients were housed. Today, it is one of the most haunted area in the sanatorium. The legend also talks about Room 502 where two nurses have committed suicide. One is said to have hung herself in the room after getting pregnant out of wedlock, while the other reportedly jumped out of the window due to stress. However, both stories are not officially documented in the hospital’s record. Nonetheless, visitors in Room 502 have reported the sighting of apparitions in a nurse uniform, while some have experienced an overwhelming sensation that compelled them to jump from the window.

Apart from the sanatorium, the infamous Body Chute is also reportedly haunted by staffs and patients who were once wheeled through the tunnel. On many occasions, paranormal investigators have captured voices and dark figures in the tunnel. The haunted sanatorium was featured on numerous television shows including Syfy’s Ghost Hunters, Travel Channel’s Destination Fear , Destination America’s Paranormal Lockdown, and Science Channel’s Mysteries of the Abandoned.

How Many People Died at Waverly Hills Sanatorium?

Due to the lack of proper documentation, the exact number of deaths that have happened at Waverly Hills Sanatorium remains unknown. While some have estimated that 60,000 people have died over the course of the sanatorium’s 52 years of history, the actual figure is likely between 6,000 to 20,000 deaths; this is considering that the sanatorium operated in a relatively small scale prior to the construction of its five-story building, and that the invention of streptomycin in 1943 have dramatically reduced the death rates of tuberculosis patients.

Where is Waverly Hills Sanatorium Located?

However, note that Waverly Hills Sanatorium is private property, and that access is strictly limited to visitors who have booked a tour. Anyone caught on the property with no prior reservations or permission are considered trespassing, and will be handed over to the local authorities. Cameras are also installed throughout the site as well as within the building. Over the years, several individuals have been arrested after being caught exploring the abandoned building with no prior permission. 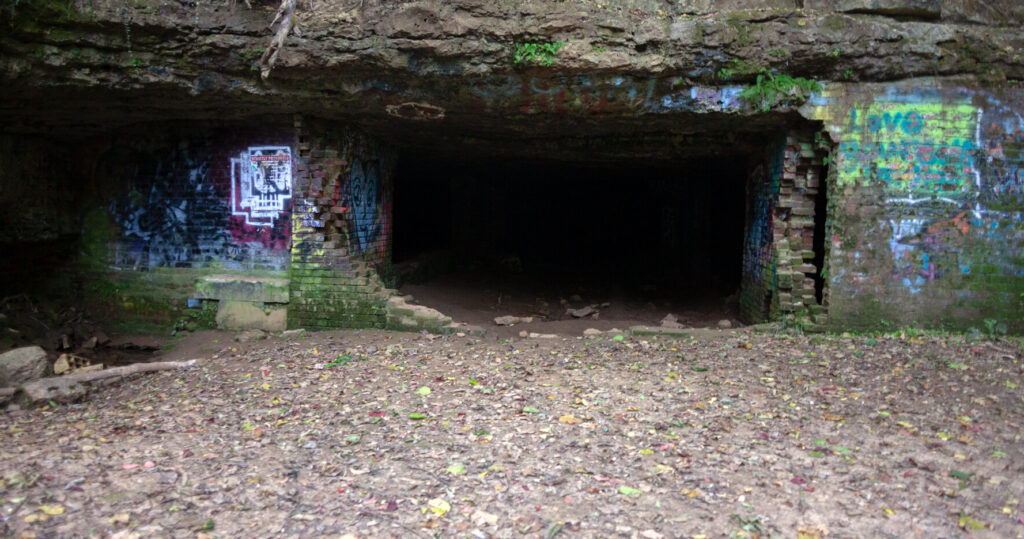