If you were driving around State Road 135 in Nashville, chances are that you would stumble upon the Story Inn. However, many would skip past the historic inn due to its eerie and rusty look.

Located an hour south of Indianapolis, the Story Inn in Nashville is among the most haunted places in the Midwest. The history of it traces back to 1851 when Story (the town) was founded by Dr. George Story. Together with family of foresters and several pioneers, Dr. Story formed a logging community and built the town with hardwood sourced from the surrounding forests.

Within the next few decades, the town quickly became one of the largest settlement in the area. During its heydays, Story boasted two general stores, a slaughterhouse, post office and sawmill, among many other facilities.

However, amidst the Great Depression (August 1929 – March 1933), the town suffered a great exodus as nearly half of Brown County’s residents have left the area in search of jobs. Over the next few five decades, the town of Story stood languished and unmaintained.

In the early 1980s, Benjamin and Cynthia Schultz bought over the entire town and 20 acres of surrounding land. After a year-long renovation project by the couple, the town was transformed into a massive bed & breakfast now known as Story Inn. Many of the buildings that once housed businesses have been renovated and transformed into cottages, each with a unique theme and history. In particular, the 14 rooms and cottages are not ordered in numbers but rather, they are identified by names.

The town’s general store was restored and turned into a gourmet restaurant while a century-old barn now serves as an event venue for ceremonies and performances.

In 1998, the site was purchased by Frank Mueller and Rick Hofstetter. Till this day, Story Inn continues to maintain its 19th century vibe and facade. The rooms are not equipped with any modern entertainment like TVs, radios and clocks. As one of Indiana’s best-preserved buildings, it has went on to become a popular weekend getaway for urban dwellers and thrill seekers.

In 2019, the town was put on sale by Hofsetter for a price of $3.8 million. Hofsetter had sought to sell Story Inn while continuing to operate the business.

The Carriage House is one of fourteen rooms in Story Inn, and perhaps, the most requested one. This beautiful cottage is located on the edge of the property and houses two two private bedroom as well as a sitting room. The Carriage House also features:

The Carriage House has received excellent ratings from guests, with many being fond of the spacious living space and outdoor hot tub. But that’s not all because if you’re staying in the Story Inn, you might be lucky enough to encounter the ghost of the Blue Lady. encounter the Blue Lady in full glory. She might be watching you sleep with her ice-blue eyes as the smell of cherry tobacco emanates from her gown.

The Blue Lady of Story Inn

The Blue Lady of Story Inn is said to be the ghost of Jane Story, wife of Dr. Story. Little is known about Jane, though many believed she had passed away in a room on the second floor of the Old General Store. According to online reviews and feedback by guests , the Blue Lady appears as a translucent apparition in a white gown. Other visitors said that she appears even if you don’t turn on the blue light.

She is said to manifests as a reflection in the mirror whenever the nightstand’s blue light is turn on. However, the ghostly apparition doesn’t earned the moniker from the blue light but rather, from her glowing ice-blue eyes as well as the blue-colored ribbons she leaves behind.

Apart from appearing in the mirror, the Blue Lady was also seen wandering along the hallways on the second floors. Visitors unaware of the ghostly legend would often walk past her as if she was just another patron of Story Inn. Many who have had an encounter with the Blue Lady perfume claimed to have scented a faint smell of cherry tobacco.

The room where the Blue Lady is most active in was later renamed to “Blue Lady Room” by Rick Hofstetter. A log book was also set up for guests to pen down any paranormal activites they may have experienced during their stay.

After all these things, Rick Hofstetter was still skeptical. However, he named the room on the top of the store the “Blue Lady Room.” With time, he accepted the paranormal history of the inn. As a result, he also started to leave a guestbook in each room for visitors to document what they experienced. 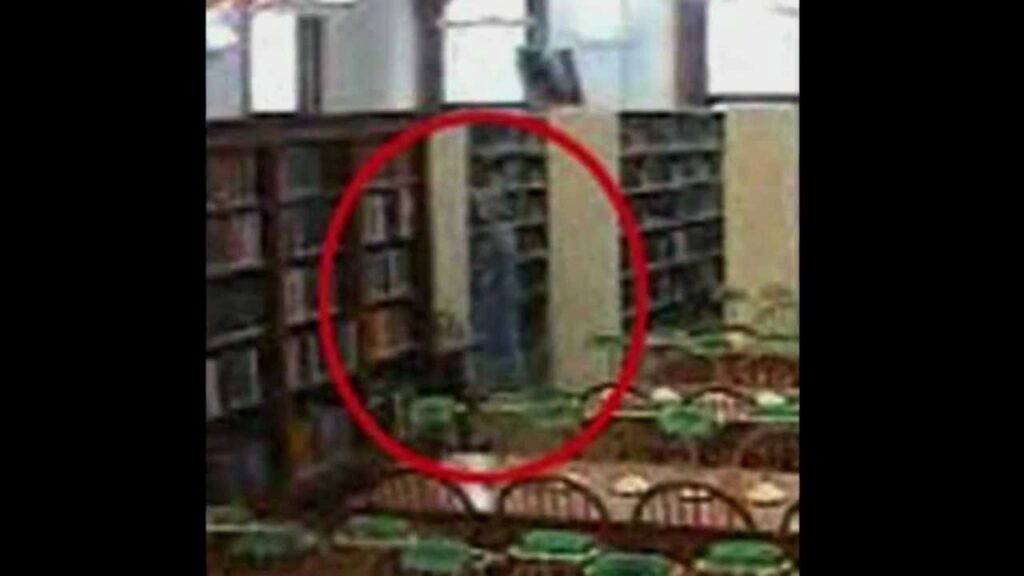