Several rooms in Farnsworth House Inn are known to be haunted by former residents of the property. The most active room in the entire property is said to a bedroom located on the second floor. Nicknamed “Sara Black Room”, spirits are known to manifest as physical forms in the room. Jeremy is said to have passed away in this room after being seriously injured by a passing wagon outside the house. On many occasions, visitors and neighbours across the street have captured photographs of apparitions walking along the windows in Sara Black Room.

Over at the McFarlane room, many guests have reported that the faucets in the bathroom would turn on on its own in the middle of the night. In an account by a tour guide of Farnsworth House Inn, a businessman spending the night in the McFarlane room was shaken awake by the rocking of the bed. The man stood up and was horrified to see two dark, translucent figures dressed in period Confederate uniforms. After hearing one of the soldier whispering “we should slit his throat”, the man jumped out of his bed and fled to the inn’s counter on the first floor.

The Shultz room is another haunted room in the inn. It is said to be the room where the apparition of the midwife can be found. She is known to rearrange the personal belongings of the guests and help tuck them into their beds.

The historic Farnsworth House Inn is a privately-owned two-story building located at the corner of Baltimore Street. The original, larger estate was owned by Reverend Alexander Dobbins who in the late 18th century, divided the lot into different plots of land for resale. The first owner is believed to be George Fisher McFarland, an educator who went on to become the Lieutenant Colonel for Union Army’s 151st Pennsylvania Infantry during the Civil War. While it is unknown whether McFarland had commissioned the construction of the the iconic red-bricked building, the history of the house can be traced back to 1810. McFarland lived in the house till 1851 when it was acquired by the Bank of Gettsburg.

The house changed hand several times throughout the 19th and 20th century. The historic red-brick house was turned into a bed and breakfast during the 1960s by the Black family. They had named it “Sleepy Hollow Inn” after the 135 bullet holes left by Union troops firing towards the home during the Battle of Gettysburg. In 1972, the house was purchased by Loring and Jean Shultz. However, the house gained notoriety the Shultz family reported a host of ongoing paranormal activity in the building. It was also during then that the house was renamed to Farnsworth House Inn to honor Brigadier General Elon J. Farnsworth who perished on a rocky hill named Big Round Top with 65 of his men.

The growing popularity of the Farnsworth House prompted the Shultz family to convert the property into a local haunted attraction. Over the years, the Farnsworth House Inn have been featured in multiple documentaries and TV shows for its historical significance and reported hauntings. At present, the bed and breakfast offers a collection of 10 themed guest rooms as well as an array of haunted tours for visitors in town. To find out more about the ghost tours offered, visit their official website here

As reported by the Shultz family, as many as 16 spirits resides in the property. One of them is Jeremy, an eight-year-old boy that is said the haunt the bedrooms on the second floor. Another notable resident is the ghost of a midwife who helped nursed Confederate soldiers when the house was a makeshift hospital during the Civil War.

Some of the ghostly activities reported by guests of the bed and breakfast include heavy breathing, translucent figures tunneling in and out of the hallway walls, and cries of men. Guests of the inn have also heard phantom footsteps in the upstairs hallway. These are said to be the ghosts of soldiers who have passed away in the inn when it was a makeshift hospital during the Civil War. Reports by guests also tell of a young female spirit who is said to be so life-like that she was thought to be a staff of Farnsworth House Inn. 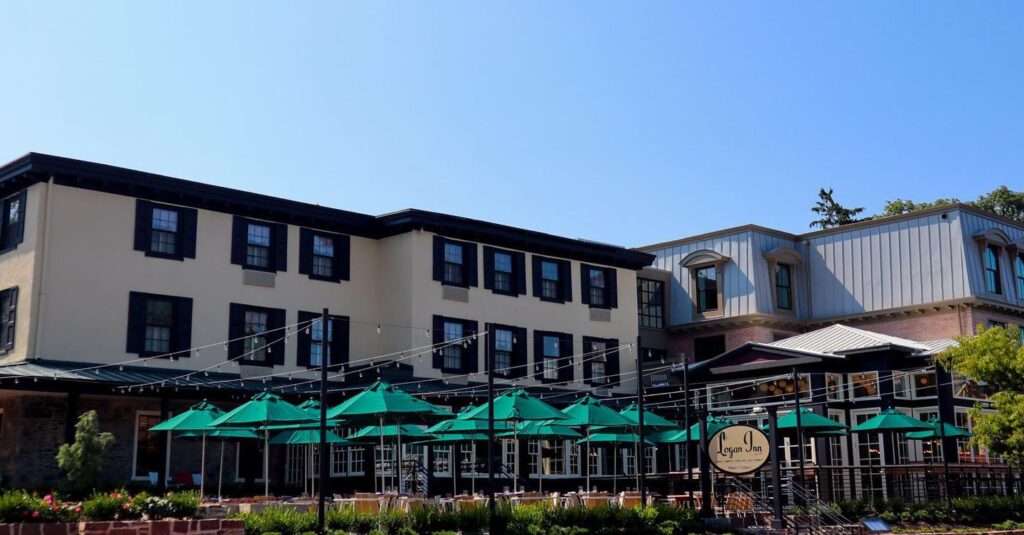