Many murders are said to have occurred within the walls of the asylum. Many however, are poorly documented.

A particular story—recounted by a housekeeper who had worked the Trans-Allegheny Lunatic Asylum—tells a time when a man was brutally murdered by two other patients living on the same floor. The man—who was a mute— struggled but could not get help. After dying from asphyxiation, he was taken down and pierced in the head by the metal leg of the bed.

Another murder happened to Muriel C. Creamer, a patient staying on Ward C. She was found dead by strangulation from a muslin cloth around a neck; Creamer was earlier tied to the bed with straps on the hands, waist and feet to prevent her from leaving the ward. Her roommate Wanda Maxine Janes later admitted to killing Creamer due to the “improper advances” that was made to her.

A Brief History of the Asylum

Commissioned by physician Thomas Story Kirkbirde in 1858, Trans-Allegheny Lunatic Asylum (renamed to Weston State Hospital in 1913) was envisioned to be a state of the art psychiatric facility. Due to the American Civil War in 1861, construction of the Gothic-style mental hospital was halted for over a year as it was used to establish Camp Tyler for the 7th Ohio Infantry. In October 1964, seven years after its initial construction, Trans-Allegheny Lunatic Asylum took in its first batch of patients.

Kirkbirde, an advocate for the mentally ill, firmly believed that patients of the mentally ill should given sufficient space and plenty of sunlight to aid recovery. As such, patients of the asylum were given the absolute freedom to tour the grounds of the compound. This was also a main reason why the asylum featured 12-foot ceilings, wide hallways and a staggering 921 windows.

However, for decades, the four-storey hospital has been facing an overwhelming number of patients. This was mainly due to a lack of understanding of mental illness which allowed families to admit their unwanted members into the asylum under a host of bewildering and preposterous reasons including superstition, jealousy and even laziness.

Like many other asylums during the mid 19th century, Trans-Allegheny Lunatic Asylum suffered from overcrowding. Originally built to accommodate 250 patients, Trans-Allegheny Lunatic Asylum had a patient count of over 2,400 by the 1950s. The large number of patients combined with dwindling resources and overworked staffs, led to insufferable living conditions for those living within the four walls.

Adding on to the misery, a multitude of experiments were being conducted in hopes of discovering new ways to deal with mental illness. One in particular is the West Virginia Lobotomy Project initiated in 1952. Renown physician Dr. Walter Freeman led the project and pioneered the use of the “icepick” method to perform the lobotomies; the surgery involved inserting a pick into the corner of each eye socket and hammering it through the think bone with a mallet before swerving the pick back and forth the sever connections in the frontal lobe, all without any anaesthesia.

It is said that over the course of four decades, close to 4,000 lobotomies were done by Dr. Freeman , many of which left perfectly healthy patients with permanent brain damage and haemorrhages.

The hospital eventually closed in 1994 citing deterioration and a lack of funding. It remained abandoned for years before being purchased by local contractor for $1.5 million in 2007. Today, it operates as a local attraction offering heritage and paranormal tours on a daily basis.

Death Count at the Asylum

Due to the lack of staff in the asylum, many administrative work were either simplified or removed to ease the workload of the workers. As such, the death records of Trans-Allegheny Lunatic Asylum is incomplete and there is no official count of the patients who have passed away in the hospital.

That said, due to the numerous reported cases of suicides, murders and death by illness, the number of death that had happened in the asylum is estimated to be between 400 and 500.

Ghosts of the Asylum

Since its opening in 2007, there have been countless reports of paranormal activities going on in the abandoned asylum. This has given the Trans-Allegheny Lunatic Asylum a notorious reputation of being the most haunted hospital in West Virginia. Many have reported hearing footsteps along the hallways and disembodied cries in specific rooms. Apparitions of patients as well as nurses and doctors can also be seen roaming along the hallways. Other ghostly occurrences include shadowy figures, strange noises and slamming doors.

It was also widely reported by the current owners that visitors and staff of the asylum would get touched and in worse cases, get harmed in the form of scratches. It is believed that the spirits of the patients are exacting revenge for the suffering they have endured.

The spirit of Jacob Ayers is said to linger along one of the hallways, “looking for his beer” as heard during an investigation in the Ghosthunters show in 2008. Admission paperwork from 1892 revealed that Jacob was alcoholic and delusional, and constantly thinks that everyone is hiding his beer.

Among all haunted sightings that have emerged from the hospital, a little girl named Lily is said to be the most active and mischievous

The Haunting Story of Lily the Patient

The legend says that Lily is a patient who was dropped off at the asylum after her parents’ death during the the Civil War. An alternate story says that Lily was born at the hospital after her mother had committed suicide in the hospital. Lily is believed to have died from pneumonia at the young age of 9. Today, her spirit is said to linger in the asylum, the only home she had known and lived in.

Many who steps into the Lily’s playroom (located in the eastern corner of Ward Four) claimed to have heard her cries and laughter. In particular, paranormal investigators who have attempted to communicate with the spirit of Lily are said to have been spook by her playful albeit mischievous behaviours—throwing of toys and whispering into people’s ear. It was also said that she would follow visitors throughout the building as if they were her playmates.

Many paranormal investigators have also captured Electronic Voice Phenomena (EVP) of Lily, including once when local historian Shelley Bailey captured a girl’s voice saying “Thank you for the snack”

Located within the grounds of the Trans-Allegheny Lunatic Asylum is a cemetery opened to mourn for those who perished within the walls of the hospital. After the closure of the asylum in 1994 the graveyard remains the only place in the entire site that had expanded and remained ‘active’.

An interesting to note is that within the asylum, the remains of the patients were always buried and never cremated. This served as a sign of a respect for the patients as advocated by its founder Thomas Kirkbirde and remains the culture long after his departure from the hospital. 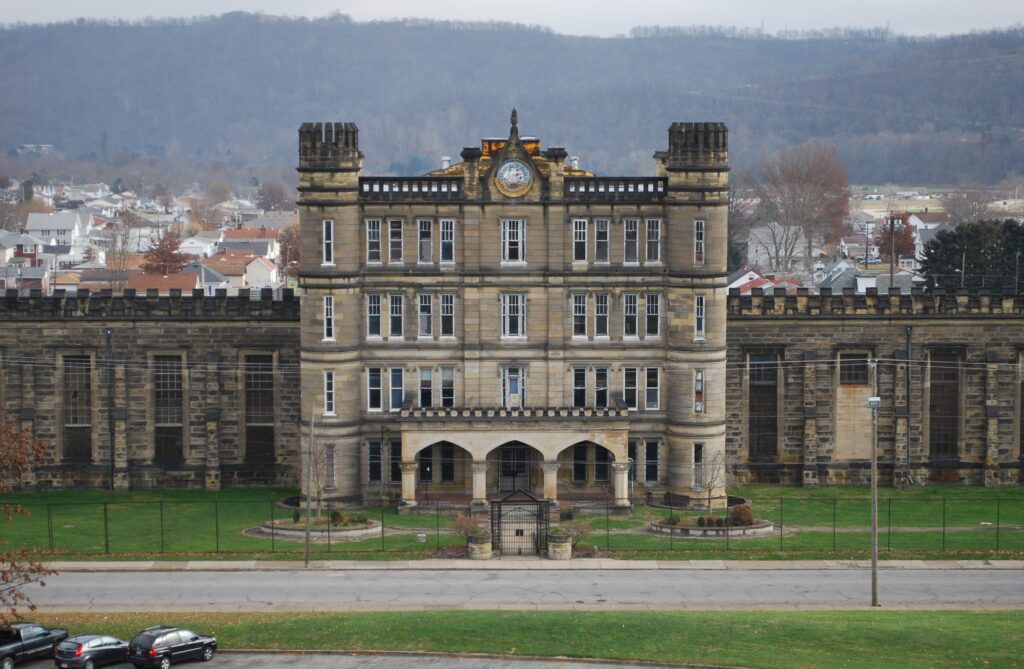