The Shashone Ice Cave is a natural wonder that have grown to become a popular destination among visitors visiting Idaho. In particular, many choose to visit Twin Falls and make a side trip to the Shoshone Ice Caves which is located 45 miles away from the city.

To visit the Shoshone Ice Caves from Twin Falls, travel 27 miles north along U.S. Route 93 (US 93) to the city of Shoshone. From there, drive northbound for another 16.5 miles along State Highway 75 till you reach Bear Claw Trading Post. The entrance to Shoshone Ice Caves is located on the left and is marked by a wooden signage stating “Shoshone Ice Cave”.

Located 15 miles north of the city of Shoshone is the famous Shoshone Ice Caves. The Shoshone Ice Caves are lava tubes believed to be formed 24,000 years ago after the eruption of the nearby Black Butte volcano. Lava tubes are natural tunnels formed when molten lava travels beneath the surface of a lava flow. The flowing lava on top is cooled from the surface by radiation and thermal convection, forming a rigid crust that encapsulates the inner molten lava and allowing it to flow without cooling. The hard crust is eventually drained of the molten lava beneath as the flow discontinued, forming a natural wonder known as lava tubes.

The Shoshone Ice Caves were discovered back in the 1880s by a young boy who stumbled upon the structure while looking for his lost sheeps. The town of Shoshone soon got word of the existence of the underground ice caves. The entrance to the caves was blasted open and ice was hauled out to the Oregon coast to make ice boxes.

The ice-cold caves were also known to stay cool enough for the iceto remain frozen throughout the summer season. As such, the town of Shoshone was popular among travelers during the days when refrigeration was uncommon as it was the only place in the West where iced cold beer was served. During the heydays of Shoshone, it boasted as many as 25 saloons and restaurants.

However, the sprawling entrance allowed hot air to flow in and melt the ice. Combined with the rampant exploitation, little ice was left in the Shoshone Ice Caves by the 1930s. Almost a decade later, the abandoned cave was visited by Russell Robinson, an amateur archaeologist and geologist. In the 1950s, Robinson acquired the Shoshone Ice Caves in hopes of restoring the ice caves to its former pristine conditions. Manmade walls were installed to block the openings and trap the icy air. Every winter year, Robinson would carry out meticulous studies of the air patterns in the cave and observe how the ice was replenished. By the 1970s, most of the ice was back.

Today, there are approximately 300,000 tones of ice in the caves, allowing the tunnels to stay cool between 23 and 33 degrees all year round. A museum, a 30-foot Indian statue—a memorial to Chief Washakie of the Shoshones—and a concrete dinosaur can also be found on the site.

The Shoshone Ice Caves runs a hundred feet underground and 1,700 feet long, making it one of the largest known lava ice caves in Idaho. As such, they are now a popular attraction for tourists visiting the Gem State, with over 12,000 visitors entering the caves annually. The tour last 45 minutes and runs seven days a week throughout the summer season. For more information about the tours, visit here.

As of October 2021, the Shoshone Ice Caves are owned by Shane Wallace and Shelly Adamson. The couple purchased it in 2019 from the family of Charles Fred Cheslik, who inherited it from his father Dr. Henry Robinson; Dr. Henry Robinson, the brother of Russell Robinson, took over the business of Shoshone Ice Caves in September 1981 after Russell’s passing.

Many who have visited the Shoshone Ice Caves have reported hearing mysterious footsteps and voices echoing from the ends of the tunnel. In one incident, a staff working on the walkway when the attraction was closed reported hearing the disembodied voice of a young lady screaming. Believing that one of the visitors may have sneaked her way into the caves after the opening hours, several staffs of the attraction were called in to locate the lady. However, no one was found. Till this day, it remains unknown where the voice came from.

The legend of Shoshone Ice Caves says that a native Shoshone Indian Princess named Edahow was buried centuries ago in the huge ice blocks at the bottom of the caves, and now awaits to reemerge from the melting ice when the time comes.

In October 2002, CBS News listed the Shoshone Ice Caves as the most haunted place in the state of Idaho. 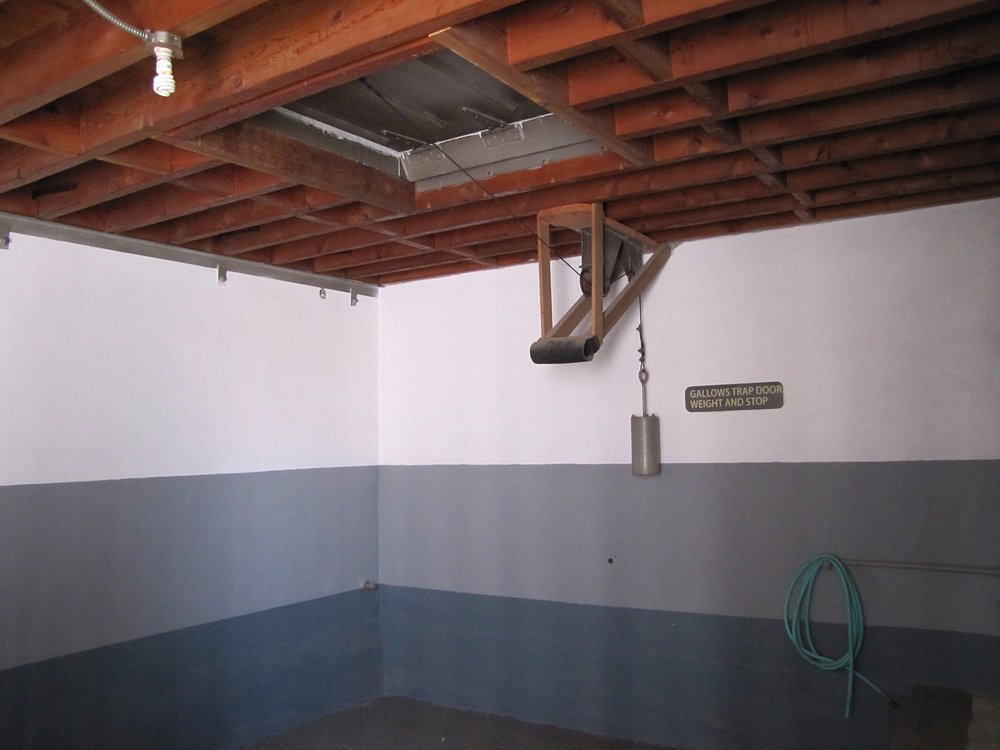