Prior to the construction of the Gallows room at Cell House 5, executions of inmate was carried out at the penitentiary’s rose garden. Apart from being the test garden for rose company Jackon & Perkins, the garden was used for the periodic executions of inmates. From 1901 to 1926, a total of six inmates where hung at rose garden. The wooden gallows was eventually torn down in 1934 by the penitentiary warden after it was deemed to be a ‘bad influence’ to inmates.

In 1954, cell house #5 was built to house inmates on the death rows. Apart from the confinement cells, the cell house featured a built-in gallows and a ‘drop house’ where bodies can be removed quickly after an execution

A prominent case that happened at the gallows was the hanging of Raymond Allen Snowden. Dubbed Idaho’s Jack the Ripper, Snowden was one of the state’s most infamous killer. On September 23, 1956, a scuffle happened between Snowden and a woman named Cora Dean in a bar. Next day, the lifeless body of Dean was found; she was brutally stabbed 30 times along with her spinal cord severed. An investigation led to the arrest of Snowden at the nearby Hannifin’s Cigar Store where a two-inch pocket knife was recovered. Snowden was eventually sentenced to hanging at the Old Idaho Penitentiary on October 18, 1957.

However, the hanging did not go as planned. As the lever was pulled and the trapped door was opened, Snowden fell with a noose slung over his head. Unfortunately, his neck did not snapped away as expected. Staffs of the penitentiary and family members of Dean watched in horror as Snowden struggled for over 15 minutes before taking his last breath.

Snowden was the first and last inmates hung at the gallows in cell house #5. Today, the unrest spirit of Snowden is said to haunt the infamous gallows. Visitors who stepped into the gallows room reported hearing a faint sound of a man gasping for air.

The century old penitentiary first opened its doors in 1872. The first building, known as the Territorial Prison, received its first batch of inmates from the Boise County Jail.

Over the years, Old Idaho State Penitentiary grew into a complex of buildings to accommodate the growing number of inmates and facilities. These include Cell House 1 to 5, the Administration Building that housed the warden’s office, armory, visitation room and control room, the False Front Building that once housed a barber shop and the penitentiary hospital, as well as the Rose Garden, the Dining Hall, and the Multipurpose Building.

However, inmates suffered from poor living conditions in the penitentiary. The inexpensive sandstone which formed the iconic facade trapped heat and intensified temperatures during the hot summer days. Poor plumbing and ventilation led to widespread diseases.

Solitary confinement was frequently imposed on inmates that did not obey rules in the penitentiary. In particular, the ‘Siberia’ confinement cells were feared by many. Stretching 3 by 8 feet and made entirely out of concrete, the ‘Siberia’ cells were infamously known for having its tiny space and lack of light or furniture.

Eventually, the inhumane conditions forced the inmates to retaliate. Several riots that happened in the late 20th century destroyed many of the buildings. In 1973, months before the closing of the penitentiary, a massive riot occurred after it was made known that two inmates were beaten by guards while incarcerated at the new prison. A total of four buildings were set afire, with the Dining Hall and the Chapel being razed to the ground.

The Infamous Shower Death at the Penitentiary

One of the more notable legends at Old Idaho State Penitentiary is the death of a young man at the prison showers. Back in the days, inmates would spend up to 23 hours of their day in their cell rooms. During the only hour where they are allowed outside, they would have access to an exercise yard and the shower room. Here, an inmate was said to be gang-raped before being killed.

Today, many who visits the eerie shower room would report a sense of uneasiness and overwhelming sensation. A dark figure believed to be the spirit of the young man who died in the room have been spotted by several visitors

Over its 101 years of operations, the penitentiary have received over 13,000 inmates, including 216 women. Of these, several convicts have stood out for the heinous crimes they have committed.

One of them is Lyda Southard (also known as Lyda Anna Mae Trueblood), one of Idaho’s first known serial killer. Her abominable killing began in 1912 when she married Robert Dooley at the young age of 21 years old. After the passing of their daughter in 1914, her brother-in-law Edward Dooley and her husband died subsequently from a case of Ptomaine poisoning and typhoid fever. Over the next decade, her second, third and fourth marriage would all end in the death of her husbands, namely William G. Mchaffle (June 1917-October 1918), Harlen C. Lewis (March 1919-July 1919), and Edward F.Meyer (August 1920- September 1920).

The mysterious death got the attention of Earl Dooley, a relative of her first husband. An investigation was soon launched by Earl and Twin Falls County Prosecutor Frank Stephan. The exhumation and autopsy of the six bodies led to the discovery of traces of arsenic in all the ‘victims’. It was also revealed that all of Southard’s four husbands had life insurance policies with her as the beneficiary. She was eventually tracked down in Honolulu, Hawaii and extradited back to Idaho. After a six-week long trial, Southard was convicted of second degree murder and sentence to 10 years in Old Idaho State Penitentiary.

Another infamous inmate who have spent time at Old Idaho Penitentiary is Albert Edward Horsley. Better known by his alias Harry Orchard, Orchard was a miner convicted of killing former Idaho Governor Frank Steunenberg. Governor Steunenberg was killed by a bomb rigged to the gate of his house in Caldwell; the ingenious bomb was made up of a bottle of sulfuric acid that was spilled onto blasting caps. The trial of Orchard led to a massive conspiracy involving three prominent leaders of the radical Western Federation of Miners—William Dudley Haywood, Charles Moyer and George Pettibone. Orchard would go on to confess his killing of sixteen other lives. A death sentence given to Orchard was eventually commuted to life in prison after an appeal was made by the nIdaho Governor Gooding. After serving 46 years in Old Idaho State Penitentiary, Orchard died in the prison on April 13, 1964. 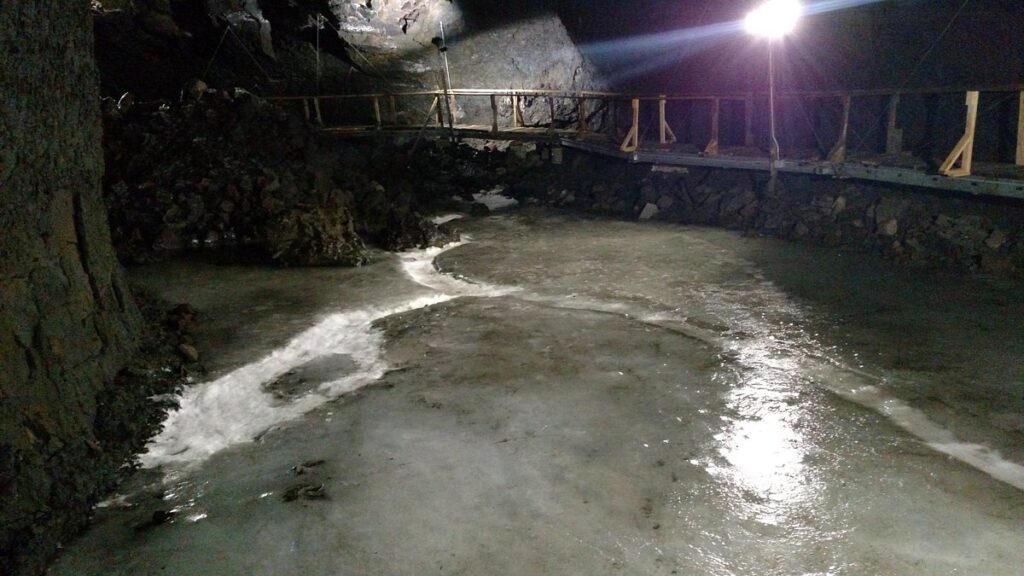 How Old Was Lizzie Borden When She Killed Her Parents?