Opened in 1893, Hotel Colorado was built to be one of the most luxurious hotel in western United States. The hotel was founded by Walter Bourchier Devereux, a mining engineer and inventor who made his fortunes in silver and coal. In 1885, Devereux purchased the land surrounding Glenwood Springs and constructed the necessary infrastructure to develop the town. In 1888, the Devereux and the Glenwood Light and Water Company installed a new hydroelectric plant, making Glenwood Springs one of the first city in the United States to be powered by hydroelectricity.

Devereux also helped developed the town’s natatorium, bathhouse, horse racing track, and many others. To cope with the influx of tourists into the world-class resort and spa town, Devereux commissioned the construction of Hotel Colorado in 1891 .

Hotel Colorado was constructed by renown architect Edward Lippincott Tilton and modeled after the 16th century Villa De Medici villa in Rome, Italy. The hotel utilized numerous imported materials including 12,000 yards of carpet and over 2,000 rose bushes. Amenities and attractions include tennis courts, a Victorian garden, a bird sanctuary, and a magnificent fountain that sprayed over 180 feet into the air.

The hotel quickly became a favourite summer vacation spot for U.S. Presidents including Theodore Roosevelt and William Howard Taft, earning its name “The Western White House.” Hotel Colorado is allegedly the spot where the world famous teddy bear doll was invented after President Roosevelt was gifted with a stuffed bear during three-week stay in 1905. Other notable guests who have visited the hotel include Titanic survivor “The Unsinkable Molly Brown,” notorious hitman notorious hitman “Diamond Jack Alterie,” and Chicago gangster Al Capone.

In 1942, with World War II raging across the globe, Hotel Colorado was commissioned by the United States Navy (USN) to convert into a hospital. The hotel was specifically chosen for its proximity to the medical hot springs, which aided the recovery of troops returning from war. Named US Naval Convalescent Hospital, it is estimated that over 6,500 patients have stayed in the makeshift hospital. The hospital was decommissioned in 1946 and reverted back into a luxurious accommodation for the rich and wealthy.

In 1977, Hotel Colorado was successfully nominated and listed in the National Register of Historic Places. Separately in 2007, it became a member of the prestigious Historic Hotels of America’s organization.

Over the past few decades, guests and staffs of Hotel Colorado have reported countless inexplicable events that have deemed the hotel to be one of the most haunted buildings in Glenwood Springs. Many of the paranormal entities are believed to be former residents and military patients who have lingered on long after their death. Some of the paranormal happening includes the ghost of a young girl, dark shadows along the hotel’s hallway, cold spots, and unexplainable voices. Unsurprisingly, Hotel Colorado was once the site of a hospital for the U.S. Navy and a rumored murder scene.

The hotel’s elevators are also known to move on its own without any passengers or the buttons being pressed. The faint smell of cigar smoke in the hotel lobby is said to be the manifestation of founder Walter Devereux, who was said to be a heavy smoker. Paranormal writer Kathy Rippy Fleming believes that the spirit might in fact be E.E. Lucas., former general manager of Hotel Colorado. Lucas bought over the hotel in 1916 and managed the property for over a decade before his death in 1927.

On many occasions, guests have reported seeing a young girl in Victorian clothing walking along the hotel’s common areas with a toy ball. She is said to be one of the hotel’s guests in the early 20th century and had fallen to her death from a balcony while chasing after a ball. Hotel staff have also reported doors opening and closing in a section of a basement that was once a morgue for Naval Hospital.

A haunting legend in Hotel Colorado tells the story of a chambermaid who was involved in a love triangle with one of the hotel guests and was brutally murdered in one of the rooms. Today, both guests and staffs of the hotel report hearing screams of the chambermaid echoing throughout the hotel’s corridor. The rumored room where the chambermaid was murdered was converted into a storage room due to the paranormal experiences that have troubled guests who stayed in it.

The numerous reported hauntings and ghostly experiences by hotel staffs and guests have affirmed its reputation as one of the most haunted hotels in Glenwood Springs.

The famed Molly Brown Suite, or Room 661, is an upper floor luxurious suite that is only accessible via a private spiral stairwell. The suite features a bedroom with king bed, a separate living room, a kitchenette, and two balconies with a view of the surrounding mountains.

The room was named after the “Unsinkable” Molly Brown, who once spent her days in the majestic Hotel Colorado. A socialite and philanthropist, Molly Brown enjoyed her days attending lavish events in the hotel and mingling with other luminaries of Colorado. After her passing, Hotel Colorado renamed her room to Molly Brown Suite in honor of her legacy.

However, Molly Brown Suite is now said to be haunted by a female entity that now resides in the room. As reported by Hotel Colorado’s official website, a couple was spending a couple of nights at room 661. As the man was feeling unwell, his wife opened the windows for him, hoping that it would alleviate his symptoms. However, a woman reportedly came in from nowhere and closed the windows, saying that the man needs to stay out of the wind to get well. The wife returned and re-opened the window, only to have the mysterious woman come back to close the window.

On other incidents, guests staying in the same room claimed to have a seen a lady standing by their bed before disappearing into thin air. While is unknown if the apparition is Molly Brown, her tender loving care for guests of the suite have won the hearts of many.

Room 551 is said to be the most haunted hotel in Hotel Colorado. Guests who have spent the night in room 551 have reported countless strange events such as floating orbs, objects moving on its own, and mysterious dark shadows darting across the room.

The hauntings in room 551 supposedly emerged after a routine renovation work in 1982. One day, workers were tasked to replace the wallpaper in rooms on the fifth floor, including room 551. The following morning, the freshly applied wallpapers in room 551 were found neatly rolled on the floor. The same incident happened for several times. Irritated, the workers left several rolls of wallpaper samples on the bed and continued work on other rooms on the fifth floor. Upon returning to tackle room 551, the workers were shocked to find all but one sample being thrown on the floor. The ‘chosen’ sample was applied to the walls and the inexplicable events stopped. Some believed that it may have been the works of a paranormal entity who was simply unhappy with the choice of wallpapers that the hotel manager have chosen from room 551.

During an investigation in 2006 by Colorado-based CCPI Paranormal Investigations, the team detected an unusually high amount of electro-magnetic energy in the room. 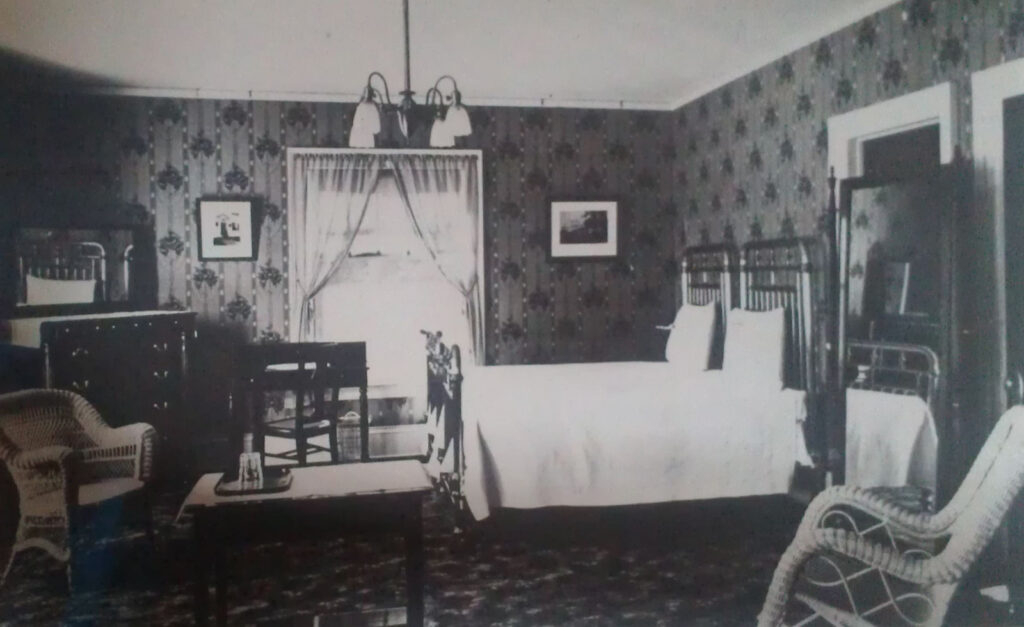 What Tragedies Happened at the Biltmore Estate?