The history of Thornewood Castle dates back to the 1907 when it was commissioned by Chester Thorne, one of the three founders of the Port of Tacoma. Construction of the English Gothic Mansion began in 1908 and was completed only three years later in 1911. With over 22 bedrooms and 22 bathrooms spread out across the 27,000-square-foot mansion, Thornewood Castle was then the largest residential home in Lakewood, Washington.

To mimic the grandeur of old English Castle, Thorne constructed Thornewood Castle with 500-year-old bricks dismantled from an original English castle as well as over a 100 pieces of stained glass from medieval churches Thornewood Castle was also built with a reinforced foundation—18-inch floor of concrete and 10-inch walls—to ensure that the mansion would last for centuries.

Another highlight of the estate was the 37-acre garden designed by Olmsted Brothers, a renown landscape architecture firm. Chester reportedly hired 28 full-time gardeners, including a ‘color gardener’ whose sole job is to coordinate the color schemes in each section of the garden.

Thornewood Castle was said to have played hosts to many notable figures including presidents Theodore Roosevelt and William Howard Taft.

At present, the castle is a listee on the National Register of Historic Places and serves as an idyllic inn and events venue on the edges of American Lake. Guests of Thornewood Castle are free to roam the grounds of the historic mansion which includes a half-acre large English garden that serves as a reminiscence of Chester’s opulent garden. Note that the castle is a private property and is off-limits to non-guests.

The notable death that have occurred at Thornewood Castle is none other than Chester Thorne, who passed away on the estate in 1927 to cancer. In 1954, Thorne’s wife Anna passed away in the castle from old age. After their passing, the mansion was inherited by their only child, Anita Thorne.

In 1959, against her father’s instruction to never sell the house, Anita sold Thornewood Castle to property developer Harold St. John. The 100-acre estate was promptly divided into thirty individual sites with only four acres of land left for Thornewood Castle.

The stories of Thornewood Castle also speaks of Chester Thorne’s granddaughter who drown in a pond at the garden during the 1940s. However, this remains to be a rumor as there are no known evidence to back the claim.

Ghosts of the Castle

The haunting stories of Thornewood Castle coincidentally surfaced after the filming of Stephen King’s television mini-series Rose Red in 2000. The series centers around a parapsychologist and a team of gifted psychics who ventured into the century-old Rose Red mansion (Thornewood Castle) to investigate the numerous deaths that have happened within the manor and the deadly secrets behind it.

Today, Thornewood Castle is said to be haunted by the spirits of the Thorne family. The ghost of Chester Thorne was frequently seen lingering in his former room, with many reporting that their light bulbs would be unscrewed. Similarly, the apparition of Anna Thorne, Chester’s wife, can often be seen sitting in her room. The room, now a bridal suite, contains an original mirror used by Anna. It is said that a reflection of Anna can be seen from the mirror.

Visitors of Thornwood Castle have also reported seeing apparitions of a man and lady appearing in the grand staircase. Staircases are known to be spiritual vortex where energy is concentrated, making it a hotspot for paranormal activities.

Many have also claimed to have seen the ghost of a young child standing alone by the lakeside. She is rumored to be the granddaughter of Chester Thorne who drown in the lake.

The castle is currently owned by Wayne and Deanna Robinson who bought over the property for two million dollars in 2000; the couple bought it from Richard and Debbie Mirau, who purchased the estate in 1995 with the aim of restoring it to its former glendor. The castle presently serves as the the Robinson’s private home as well as an inn and an events venue.

The Robinsons claimed to have experienced several paranormal happenings since the filming of Rose Red. One in particular, was the phantom party in the mansion’s hall. It was said to have happened when Deanna was reading a book at a corner of the hall when the room suddenly lit up. Over a 100 people (spirits) can be seen dancing and socializing as if it was a cocktail party hosted by the Thornes family. 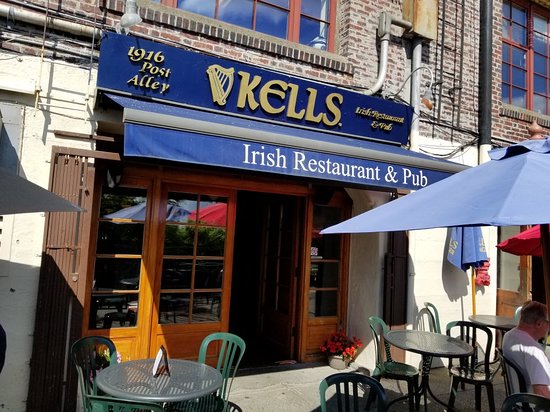 Getting From Twin Falls to Shoshone Ice Cave | Idaho

How Old Was Lizzie Borden When She Killed Her Parents?