The iconic Kells Irish Pub dates back to the early 1900s when it was built on a former mortuary. Located in the Butterworth building near Pike Place Market, the mortuary was commissioned by former Centralia mayor-turned-undertaker Edgar R. Butterworth to deal with the rapidly increasing number of deaths from the spread of diseases in the city.

Opened in 1903 as E.R Butterworth and Sons Mortuary, the funeral parlor was Seattle’s first purpose-built mortuary. It featured a showrooms showcasing coffins, a private reception area, and a consulting room. The differing prices—ranging from $25 to $200—were meant to ensure that the funeral home was able to serve everyone, regardless of their wealth. A “storage room” was also built with fireproof vaults to store bodies. This comes at a time when people were “undecided as to the disposition of the dead”, as described in a 1904 Seattle Mail and Herald article. The building also touts for having the first elevator on the West Coast of the United States; it was used to transport bodies between the different floors. In 1923, Butterworth moved his mortuary business out of the building to a larger facility in Capitol Hill to cope with the growing demand.

A haunting legend tells of Doctor Linda Burfield Hazard, a licensed “fasting specialist” who believed in the treatment of diseases by starvation. In her 1908 book Fasting for the Cure of Disease, she stated that true health can be achieved when the digestive system undergoes periodic days of fasting. However, patients under Doctor Hazard’s care were only allowed to have thin vegetable broth that was just sufficient to for human survival. They were also given up to three enemas a day to drive any diseases out of their body. Unfortunately, many of the patients passed through Butterworth’s mortuary.

After the moving out of Butterworth’s funeral business, several other businesses moved in to occupy the space. This includes the now-famous Kells Irish Pub, a local bar which moved in to the building in 1983. During the early days of its operation, the pub occupied the basement where the former embalming room and crematorium once were. In 2005, the McAleese family bought over the entire building and opened a restaurant on the ground floor. Over the years, Kells Irish Pub & Restaurant have become synonymous with the building and its haunted history.

The building was successfully listed on the National Register of Historic Places (NRHP) in 1971 and became part of NRHP’s Pike Place Public Market Historic District.

Many owners of the pub, both former and current, have attested to the hauntings in the century-old pub. Some of the paranormal happenings include glasses falling off the counters, mirrors shattering for no reason, and inexplicable voices of a woman reverberating through the empty parts of the building.

On All Saint’s Day 2005, Karen McAleese, sister of the building owner Patrick McAleese, claimed to spotted a tall man in a suit jacket walking towards the end of the bar and fading into thin air. It was believed that he was one of several thousand people who have laid to rest in the mortuary during the 1900s.

According to a shaman who once visited the former mortuary, there are 19 fully formed ghosts that now haunts the building. That said, some of the resident ghosts are more notable due to their frequent manifestations. One of them is a young red-haired girl who loves to play pranks on unsuspecting patrons. Visitors having a meal at Kells Irish Pub and Restaurant would often feel a tug in their shirt or dress. Little is known about the history of the young girl, although owners of the pub believed that she was one of several hundred children who died from the 1918 Spanish Flu pandemic.

Another popular ghost that haunts the pub is Charlie, a middle-aged man who manifests himself whenever a live band plays. He is said to be a happy spirit who would dance around the pub before disappearing when the music ends. Another less-famous ghost, Sammy, is said to appear in a mirror on the back wall. Some say that he can only be seen through the mirror, and disappears whenever you turn around to check him out.

In season 5, episode 14 of Travel Channel’s paranormal television series Ghost Adventures, hosts Zak Bagans, Aaron Goodwin and Nick Groff investigated the ghostly hauntings in the historic pub. During the investigations, the team collected strong evidence that supported the longstanding theory that Butterworth building is haunted by its former residents. These include sounds of footsteps and whispers in the building in spite of the fact that the building was closed during the filming of the show.

During the electronic voice phenomena (EVP) sessions, the team captured several EVP recordings including “get us hazard”, “get me outta here”, and “do something quicker”.

The trio also captured terrifying photos of a disfigured apparition believed to be a young child sitting on the steps in Kells Irish Pub. 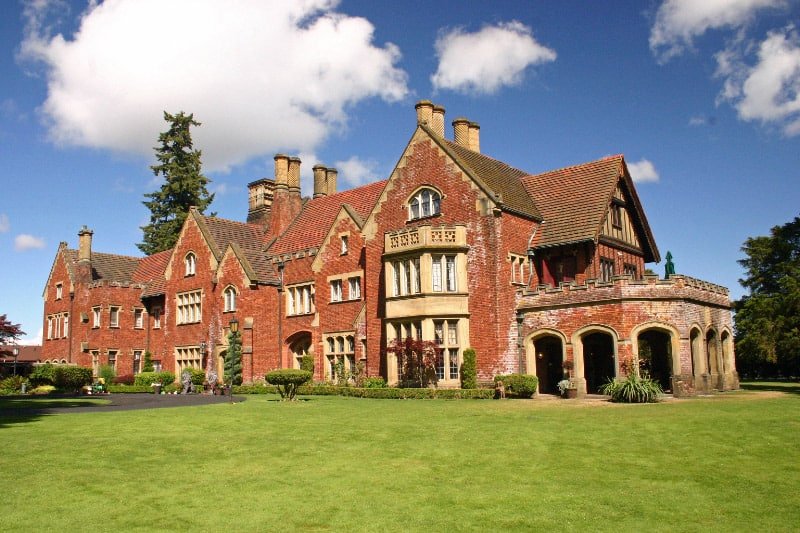 Why Did the Historic Sloss Furnace Close Down?