The historic Kehoe House has long been shrouded in mystery since its completion in 1893. Located in the civic block of Savannah’s Columbia Square, the mansion was the brainchild of William J. Kehoe, an Irish immigrant who moved to America with his family in 1842. Kehoe and his family settled at the Old Fort District, which has a sizeable community of Irish immigrants. With little education, Kehoe worked as an iron molder in an iron foundry and worked his way to become the eventual owner of it.

With his growing business, Kehoe built a second iron foundry by the Savannah River. With his keen business sense and skillfulness, quickly became one of the city’s most prominent businessmen and community leader. Apart from being the director of Chatham Savings and Loan Company as well as Savannah Electric and Power Company, Kehoe also served as a member of Tybee’s town council.

At the age of 26, Kehoe married Anne Flood who also lived in the Old Fort District. The couple quickly grew to a family of 12, prompting Kehoe to construct the now-iconic Kehoe House. The Kehoe house was completed in May 1893 for William Kehoe, his wife Anne Flood, and his 10 children. Designed by architect DeWitt Bruyn, the Queen Anne-style mansion reportedly cost $25,000 to construct; this is equvialent to $750,000 in today’s dollars.

The exquisite four-storey mansion quickly became the talk of the town with its decorative stairways, fluted columns, and cast-iron elements such as the columns, fences and gates. All of the iron work was designed and crafted at Kehoe’s foundry to highlight the skilled work of its company.

In 1930, Kehoe passed away from pneumonia. In the same year, Kehoe’s family sold the house and moved out of Savannah. The mansion changed hands several more times in the 20th century, serving as a residential home, a boarding house and a mortuary known as Goette Funeral Home.

In the mid 1970s, New York Jets football superstar and Hall of Famer Joe Namath purchased the house for $80,000. Namath’s intention of turning the majestic mansion into a night club was met with fierce objections by the local community. With that, Namath went on to restore the Kehoe House and sold it in 1989 for a reported price of $530,000.

Today, the Kehoe House is a luxurious Bed and Breakfast (B&B) owned by HLC Hotels. HLC Hotels is a Savannah-based property group which owns six historic boutique hotels and B&Bs, many of which were haunted; this includes the Marshall House, the Eliza Thompson House, The Gastonian and Olde Harbour Inn.

The Kehoe House B&B currently offers 13 different room originally meant for the Kehoe couple, their ten children (each with their own bedroom), and guests of the family. The rooms are:

Like the nearby Sorrel-Weed House and Mercer William House, Kehoe House is plagued by ghostly apparitions of its history. Guests staying at Kehoe House have reported hearing laughters of children and running footsteps on the second and third floor when no children are in the house. Others have claimed to have seen small handprints in the bathroom mirror while others experienced an eerie sensation of being touched by small hands. Of all paranormal encounters, the most spooky encounter is perhaps the stench of rotting meat emanating from the fireplace.

The legend behind the paranormal happening says that two five-year-old Kehoe twins got stuck in the mansion’s chimney and passed away from asphyxiation. A missing person report was reportedly made by the family but the children’s bodies were only recovered days after the incident when their mother had discovered a revolting smell from the chimney.

The story remains unverified as there were no official records about such incident at Kehoe House. That said, the chimneys are currently sealed up with little statue angels, giving the story a much-needed credibility.

Another inexplicable paranormal event experienced by guests of the inn is the smell of a perfume along the hallways. The exquisite perfume scent is said to be one of Mrs Kehoe’s favourite, and that the spirit of her continues lingers in the household to grieve for her children. The ghost of Mr William Kehoe is also believed to haunt the study room located on the third floor. Lights are known to flicker on and off at will while footsteps can be heard in the empty study room during the night. 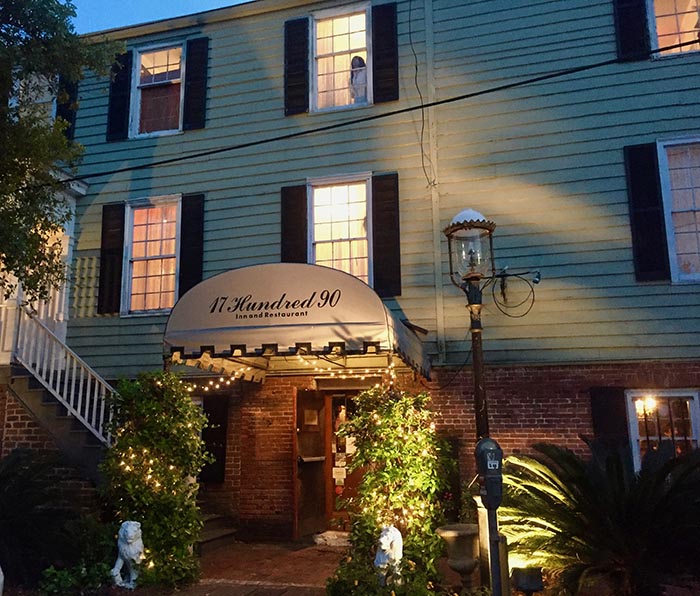