The scariest room at the 28-room Myrtles Plantation is none other than the creepy Fannie Williams room, or Doll room. The room is named after Fannie Lintot Haralson Williams is the second wife of Harrison Milton Williams, a Confederate cavalry courier who purchased the house in 1891.

Located on the room’s mantel are a set of porcelain dolls that supposedly contained the spirits of the former owners of Myrtles Plantation. Visitors who stay in the room reported being awaken by laughters of children, shaking beds and ceramic dolls being tossed across the room.

What Happened at Myrtles Plantation?

The house was built in 1796 by General David Bradford. It was reputed that the land was once an ancient Tunica Indian burial ground, and that anyone who lives there would be struck with bad luck.

Over its 200 years of history, many unfortunate events have happened at the Myrtles Plantation. During the American Civil War, the owners of the house—William Drew Winter and her wife—were forced to sell the house due to its association to the Confederate currency. While the family was able to repurchase it two years later, the family suffered yet another calamity when William Winter was shot on the house’s porch by a stranger. William Winter stumbled back into his house but died on the 17th steps while trying to climb up the stairs to call for his wife. Visitors who spent the night at Myrtles Plantation are said to be able to hear laboured footsteps during the night.

It is said that as many as ten murders have happened at Myrtles Plantation. However, official records only indicated the death of William Winter at the property.

The house changed hand several times before being sold to James and Frances Kermeen Myers in 1980.The couple operated the house as a bed and breakfast for a little over ten years before selling it. In 2005, Frances Myers detailed her terrifying ordeals with the supernatural in a book titled The Myrtles Plantation: The True Story of America’s Most Haunted House.

The house is currently owned by John and Teeta Moss, and they continue to operate the guesthouse as well as conduct tours for the visitors.

Myrtles Plantation is reputed to be haunted by many apparitions who have lived and died on the piece of land. A more popular apparition seen on the property is Chloe, a young girl who worked as a slave in the plantations in the 1820s. Legend says that Chloe was the mistress of property owner Clark Woodruff and in a fit of jealousy, served a poisoned cake to the family. This resulted in the death of Sarah Woodruff, daughter of General Bradford and then lady of the house, and her two daughters. Fellow slaves also living in the property are said to have taken matters into their own hand and hanged Chloe in a nearby tree before throwing her body into the Mississippi River.

In 1992, the owners of Myrtles Plantation captured on camera what appeared to be a slave girl standing between the two buildings on the plantation.

The photo was later examined by several professional bodies including National Geographic and the Society of Physical Research in England, and was determined to be authentic and unedited. A postcard was later made out of this photo and is now popularly known as the “Chloe Postcard”.

Fast forward to recent years, a photo taken during a school excursion to the Myrtles Plantation reveal what appears to be young girl ‘in’ the window and staring straight into the camera. It was posited that the apparition was not Chloe but a girl who succumbed to an unknown illness despite attempts to save her with Voodoo. A version of the legend says that the girl is in fact one of the daughters that Chloe poisioned.

The photo caused a commotion within the local community and sparked a huge interest among ghost enthusiasts as it was a clear and visible appearance of a young girl in antebellum clothing. The apparition is referred to as “The Ghost Girl”.

Apart from the photos, other supernatural happenings have been experienced by guests at the lodge house. These include levitating beds, scents of perfume, wailing sounds, footsteps, and a crystal chandelier that sways even when the windows are shut.

A mirror located in the house supposedly contains the trapped spirits of Sara Woodruff and her two children. Visitors touring the house reported seeing handprints in the mirror and reflections of ghostly figures.

How Much Does It Cost To Spend the Night at the Myrtles Plantation?

Myrtles Plantation bed & breakfast operates 18 different accommodations to meet the needs of guest visiting the property. The prices ranges from $165 to $525 per night depending on the season and room.

Tours are also offered seven days a week. The 45-minute tour highlights the history, mystery, and hauntings of Myrtles Plantation and gives visitor a in-depth understanding of “the most haunted house in America”. The tour is complimentary for every guest who books a night at the property. 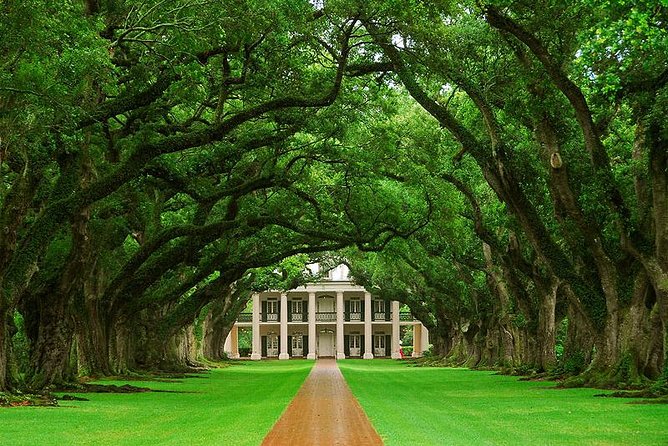