Access to New London Ledge Lighthouse (also commonly referred to as Ledge Light) is presently limited to the summer season (May-August) where special tours are held. Ledge Light Foundation, in partnership with Project Oceanology, have attained permission to access the island and conduct public tours inside the lighthouse. Visitors on the tour get to visit the Interpretive Center as well as access the top of the lighthouse where the lantern room is located. Tours can be booked via Custom House Maritime Museum, a maritime history museum that now houses the original Fresnel lens used by Ledge Lighthouse.

For those who are unable to secure a tour to the lighthouse, you can view it from Avery point or New London Harbor Lighthouse. That said, the best way to view Ledge Lighthouse up close is by taking a ferry that leaves New London. Cross Sound Ferry offers the Classic Lighthouse Cruise that takes visitors on a two hour cruise to nine different lighthouses including New London Ledge Lighthouse.

Calls for a new lighthouse in the area started in 1853 when Henry Hobart, Superintendent of Lights at New London consulted local fishermen for the addition of lights to aid ships navigating Long Island and Fisher’s Island. However, it wasn’t until 1890, near four decades later, that the request was approved.

In contrast to most offshore lighthouses in the country, Ledge Light was built like a residential building under the request of local residents to compliment the large, historic homes in New London. Till this day, its striking structure and iconic red-bricked walls have continued to captivate locals and tourists alike.

The United States Coast Guard (USCG) took over operation of Ledge Light in 1939 and have kept watch over the building for over four decades. A typical team of keepers consist of a crew of four who would rotate on a twelve-hour shift, with each tour lasting eighteen month.

In 1984, the fourth order Fresnel lens was replaced with a modern automated beacon, removing the need for a keeper on the island. Ledge Light was officially destaffed in 1984 as it operated autonomously.

With its unique architecture and contributions to the maritime scene at New London, in 1990, Ledge Light was listed on the National Register of Historic Places.

Today, New London Ledge Lighthouse is maintained by New London Maritime Society which took over the iconic structure in 2014. Charged with the role of restoring and preserving Ledge Light, the not-for-profit organisation maintains the building including the exterior walls as well as the Interpretive Center located inside.

The most infamous story regarding New London Ledge Lighthouse is perhaps the ghost of Ernie. Legend says that Ernie, a former keeper of the lighthouse, committed suicide on the island after a squabble with her girlfriend. According to a spiritual session by two psychics Roger and Nancy Pile, Ernie had killed himself by cutting his throat with a fishing knife before falling into the ocean from the roof of the tower. His body was never found.

Today, many stationed at the lighthouse have reported paranormal activities including loud crashes, unexplained knocks on the door, television turning on and off by itself, and a dark figure lurking outside the building. These are said to be the works of Ernie, who continues to linger in the lighthouse till today.

Due to its reported hauntings, numerous paranormal investigators—including Ghost Hunters from Syfy and The Atlantic Paranormal Society (TAPS)—have investigated Ledge Light to catch a glimpse of Ernie the keeper. However, most have found little evidence to conclude that the lighthouse was haunted.

In fact, the existence of Ernie was refuted by several former United States Coast Guard (USCG) who once manned the lighthouse. It is believed that the story was fabricated to ‘spice things up’ on the island and to keep the newcomers on the edge. 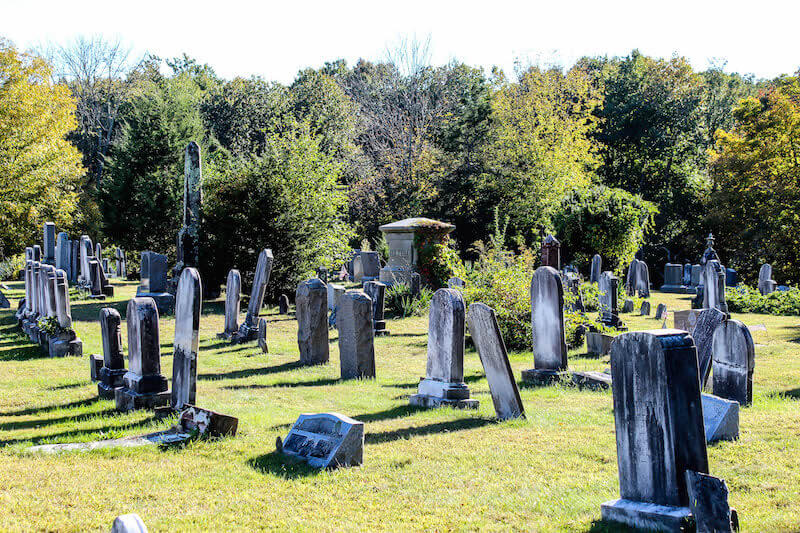