Since July 2014, a new Bryce Hospital operates on the former site of the Partlow Developmental Center, a residential center for the intellectually handicapped. Located near the intersection of Hellen Keller and University Boulevard, the new 260,000-square-foot Bryce Hospital features 268 beds as well as an array of amenities including dental clinics, a fitness center, library, chapel and post office.

The former Bryce Hospital located along Kilgore Lane and within University of Alabama was vacated in late 2013 and is currently undergoing renovations by the university. The building is expected to be completed in 2023 and will hold the university’s welcome center, a museum of mental health, and event spaces for performing art students.

Plans for the development of Bryce Hospital date back to 1852 when Alabama proposed for the construction of a state hospital for the mentally illy. Construction of the hospital began in 1853 in Tuscaloosa and was completed six years later in 1859. First known as Alabama State hospital for the Insane, the state’s first mental asylum received its first batch of patients two years later in 1861.

The hospital was largely inspired by the ideas outlined by Dorothea Dix, a social reformer who advocated for the establishment of state hospitals for the mentally ill during the early 19th century. The structure of the hospital follows the Kirkbride Plan—a mental asylum design developed by Thomas Story Kirkbride—which adopts a “bat wing” style floor plan where a series of blocks spread out from the center building.

In 1900, Alabama State hospital for the Insane was renamed to Bryce Hospital to recognize the contributions of the hospital’s first superintendent, Peter Bryce. Bryce was known to be a huge advocate for the humane treatment of patients as well as the pursuit of scientific treatments for the mentally ill. During his tenure, restraint devices such as shackles and straitjackets were largely discouraged. Patients were also encouraged to take up productive work such as farming, sewing and maintenance.

However, a surge in the number of patients in Bryce Hospital during the 20th century left the staffs overwhelmed and in anguish. Standards of care fell drastically as employees of the hospital were forced to care for three to four times the usual number of patient count. Back then, Alabama was ranked 50th out of 50 states in the expenditure for the care of people with mental illness in public institutions; it was estimated that only $0.50 was budgeted towards the care of each patient per day.

In 1970, daily newspaper publisher Montgomery Advertiser released an article detailing the poor conditions of the patients in Bryce Hospital. Editor Hal Martin had also likened the conditions of the hospital to those seen at Nazi concentration camps.

The situation was worsened by the Alabama’s decision to cut its cigarette tax, which led to the dismissal of nearly 100 staffs at Bryce Hospital as the tax had funded mental health services in the state. After the layoff, it is estimated that one nurse would be required to attend to 250 patients while every physician and psychiatrist would have to manage 350 patients and 1,700 patients respectively. It eventually led to the Wyatt v. Stickney lawsuit in 1971 with 15-year-old patient Ricky Wyatt as the plaintiff, and Alabama Department of Mental Health and its commissioner Stonewall Stickney as the defendant. The case concluded in 2003 with the establishment of the Wyatt Standards, a set of basic requirements that is to be provided to every patient. It included :

“…unquestionably have a constitutional right to receive such individual treatment as will give each of them a realistic opportunity to be cured or to improve his or her mental condition.”

In December 2009, Alabama governor Bob Riley announced that Bryce Hospital would be relocated to a new facility at McFarland Boulevard, and that the original building would be taken over by the University of Alabama. The deal was finalized on May 27, 2010, where the University of Alabama paid $87.75 million for the 168 acres of land where Bryce Hospital once stood. ard.

In August 2021, the east wing of the historic Bryce Hospital was demolished due to insurmountable structural problems. The east wing will be reconstructed and will eventually house the university’s Performing Arts Academic Center.

Can You Visit Old Bryce Hospital?

There are currently no explicit rules from the police as to whether they can be visited. However, the land belongs to the City of Tuscaloosa. The state of disrepair also makes the abandoned building a dangerous place to explore. Combined with the potential for illegal trespassing, it is highly advised not to visit the abandoned structures of the Old Bryce Hospital. It is said that the now defunct hospital is still regularly patrolled by the Northport Police, especially during the Halloween season.

Contrary to popular belief, the Old Bryce Hospital is not the site of the famous Bryce Hospital (formerly known as the Alabama State hospital for the Insane) in the University of Alabama. In fact, the Old Bryce Hospital is actually Jemison Center, or the Alabama State Farm Colony for Negroes. Located along 5th Street in Northport, the asylum was built in 1939 on a Southern Plantation manor house formerly owned by Robert Jemison Jr., and was used solely to house African American patients. Prior to the construction of Jemison Center, African American patients stayed in the lofts of the barn at Bryce Hospital.

“Human feces were caked on the toilets and walls; urine saturated the aging oak floors; many beds lacked linen; some patients slept on floors. Archaic shower stalls had cracked and spewing shower heads. One tiny shower closet served 131 male patients; the 75 women patients also had but one shower. Most of the patients at Jemison were highly tranquilized and had not been bathed in days. All appeared to lack any semblance of treatment. The stench was almost unbearable.”

– Journalist Paul Davis from The Tuscaloosa News, during a visit to Jemison Center in 1970.

The Jemison Center has faced controversy in the past as patients were forced to live in deplorable conditions while working for free on the nearby Cherokee plantations. With the deinstitutionalization movement in mental health treatment in the 1970s, the Old Bryce Hospital was abandoned in 1977.

Hauntings at the Old Bryce Hospital

While the main hospital building is currently been renovated by the University of Alabama, a building known as Jemison Center (or Old Bryce Hospital) still stands abandoned, seemingly lost in time. Located seven miles away from the Bryce Hospital, the Old Bryce Hospital was built as a satellite hospital to relieve mounting pressure on the first site.

Today, local explorers and thrill-seekers exploring the abandoned building have reported numerous paranormal activities including inexplicable screams and running footsteps. Visitors have also reported feeling cold spots in certain areas of the building where deaths have reportedly occurred during the 20th century.

Dark shadows have also been spotted dashing across the decaying halls, seemingly by mischievous spirits of patients who have never left the building. Some have also heard laughter of children in the former children’s ward located at a corner of the property.

The most haunting phenomena is perhaps scratches that explorers have found on themselves after visiting the haunted property. 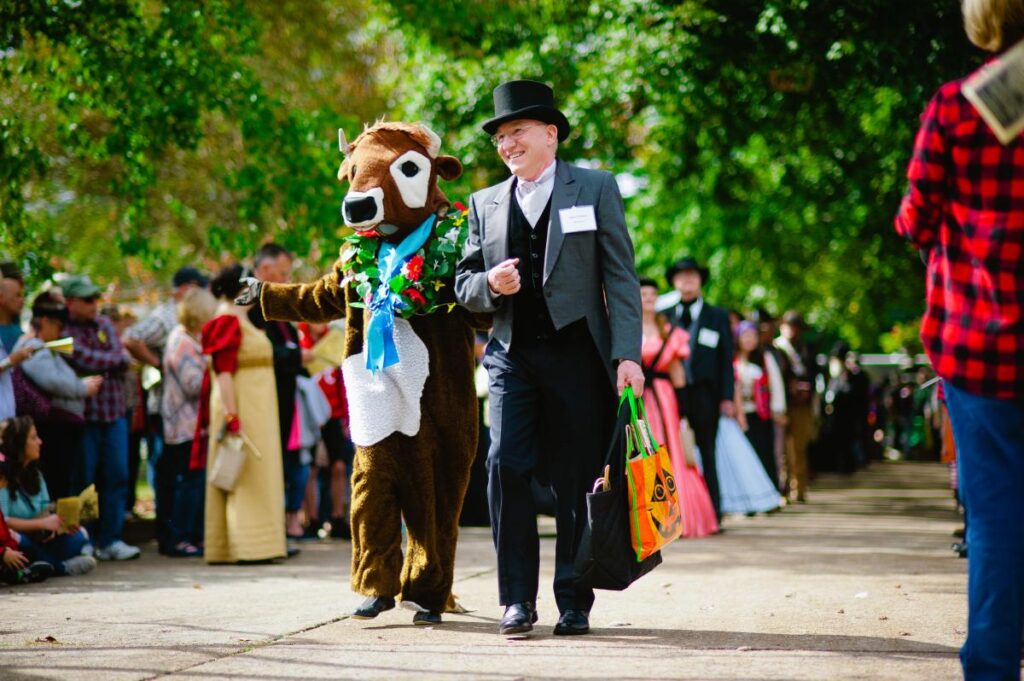