As of 2022, the house is occupied by a buyer who bought the house in 2017. The house was last listed on the market in 2016 for $850,000 and was Realtor.com’s most popular house during the first week of its listing. However, the 5,000 square-foot home was only sold a year on February 2017, when it was purchased by an unnamed buyer for $605,000. This is a sharp contrast to similar houses in the area which go for well above a million dollar.

The previous owners of the iconic house were Caroline D’Antonio and her husband. The couple bought the house in 2010 at a discounted price of $950,000 after it was listed for $1.15 million, the highest listed price ever for the haunted house.

It was said that D’Antonio and her husband David chose the house because of its reputed hauntings and popularity. The house and the history behind it was the backdrop for the well-claimed “The Conjuring 2” which was the top-grossing film during its opening weekend. D’Antonio decided to sell the house in 2015 to downsize after the death of her husband in the same year.

The Amityville House is arguably one of the most famous haunted house in the world, for it was the site of a grisly massacre that shook the nation. It was 3 a.m. in the morning on November 13, 1974, when Ronald Defeo Jr. took a .35 Marlin lever-action rifle and creeped upon his family. Within minutes, Ronald shot and killed his parents, his two younger brother, and then his two younger sisters. However, the heinous murders was only reported at 6:30pm in the evening when Ronald stormed into a local bar named Henry’s Bar and shouted “You have got to help me! I think my mother and father are shot!”

In the investigations that followed, the police were made aware by neighbours that no gunshots were heard, although dogs can be heard barking in the middle of the night. Ronald had initially suggested that the crimes were committed by a mafia hitman Louis Falini. In his initial statement, Ronald alleged that Falini had pointed a gun to his head while shooting his family members with another gun. However, inconsistencies in his accounts of the events as well as mounting evidence against him forced Defeo to confess to the murder of his six family members.

“Once I started, I just couldn’t stop. It went so fast”

– Ronald Defeo Jr. during his confessions to the police

Defeo’s lawyer William Weber eventually pleaded for insanity as a defence, claiming that voices in Defeo’s mind coerced him to commit the murders. However, a psychiatric evaluation of Defeo concluded that while he was a drug user and had displayed antisocial personality disorder, Defeo was well aware of his action at the time of the murder. On November 21, 1975, Ronald was convicted of second-degree murder and sentenced with six consecutive sentences of 25 years to life in prison. Defeo passed away on March 21, 2021 at Albany Medical Center; the cause of death was not released to the public.

Soon after the sentencing, the house was auctioned off and sold to George and Kathy Lutz and their three children for $88,000. In December 18, 1975, just a month after Ronald was sentenced, the Lutz family moved in. However, after living in the house for just 28 days, the family of five fled away. In the interviews and reports that followed, George and Kathy Lutz spoke about the paranormal activities that have been happening since the day they had moved in. While the exact details of the ghostly happenings were not revealed, the Lutz family had described it as “too frightening to be living in”.

Soon after news of the Amityville hauntings were published, George and Kathy Lutz were introduced to Tam Mossman, an editor at Prentice Hall publishing firm. The couple eventually worked with Prentice Hall and author Jay Anson to retell the grim events that have happened in the book The Amityville Horror.

Some of the reported paranormal events that have happened in the 28 days include:

The book went on to become the basis of the 1979 film The Amityville Horror as well as a series of movies that spawned soon after, including Amityville II: The Possession (1982), Amityville 3-D (1983), the 2005 remake The Amityville Horror. Several books have also been written as sequels of the original novel by Jay Anson. This includes Murder in Amityville (1979), The Amityville Horror Part II (1982), and Amityville: The Final Chapter (1982). In spite of the horrific past of the Amityville house, it has continued to captivate tourists and buyers who flock to the house for its hauntings. Yet, the very thing that has kept tourists coming was the over-dramatized events exaggerated by the books and Hollywood films.

Where is Amityville House Now? 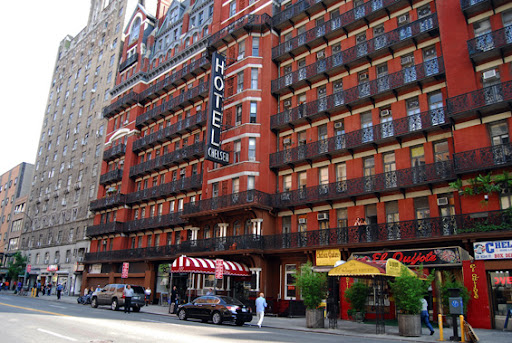